“Gender-based violence (GBV) involves the use and abuse of power and control over another person and is perpetrated against someone based on their gender identity, gender expression or perceived gender. Violence against women and girls is one form of gender-based violence. GBV also has a disproportionate impact on LGBTQ2 (lesbian, gay, bisexual, transgender, queer, questioning, intersex and two-spirit) and gender-nonconforming people” - Status of Women Canada.

Gender-based violence is the product of an unequal society, and acts as a barrier to achieving equality for groups marginalized by their gender.

In Canada, 1 in 4 women will experience physical or sexualized violence in her lifetime. This rate is estimated to be 3 to 4 times higher in the Yukon and 3.5 times higher for Indigenous women.

Violence is not always obvious.

From the high-profile #metoo campaign, to recurring instances of sexualized violence in taxis right here in Whitehorse, gender-based violence has never been more widely discussed.

To fully understand gender-based violence, we need to go beyond individual behaviour. In our society, countless social norms encourage gender-based violence. This includes the double standards and gendered expectations that promote male domination, encourage the objectification of women’s bodies, and dangerously “other” folks who identify outside the gender binary. Gender-based violence is encouraged every time that victims are discredited or blamed, and perpetrators excused.

Although self-identified women are more vulnerable to experiencing sexualized assault, not all women are equally vulnerable.

“Not all women are equally likely to be the victims of sexual assault. The concept of intersectionality is helpful here in that it highlights how interactions between different aspects of a person’s identity and social location – determined by, for example, socio-economic status, age, race, ethnicity, ability, sexual orientation and employment status – can leave some people more vulnerable to experiencing sexual violence than others.”

In addition, not everyone will be treated the same when they experience gender-based violence; some people may experience discrimination such as transphobia and racism in the health or justice system, and some people may not have access to services at all. This is important to keep in mind when trying to understand gender-based violence and strategize how to eliminate it. 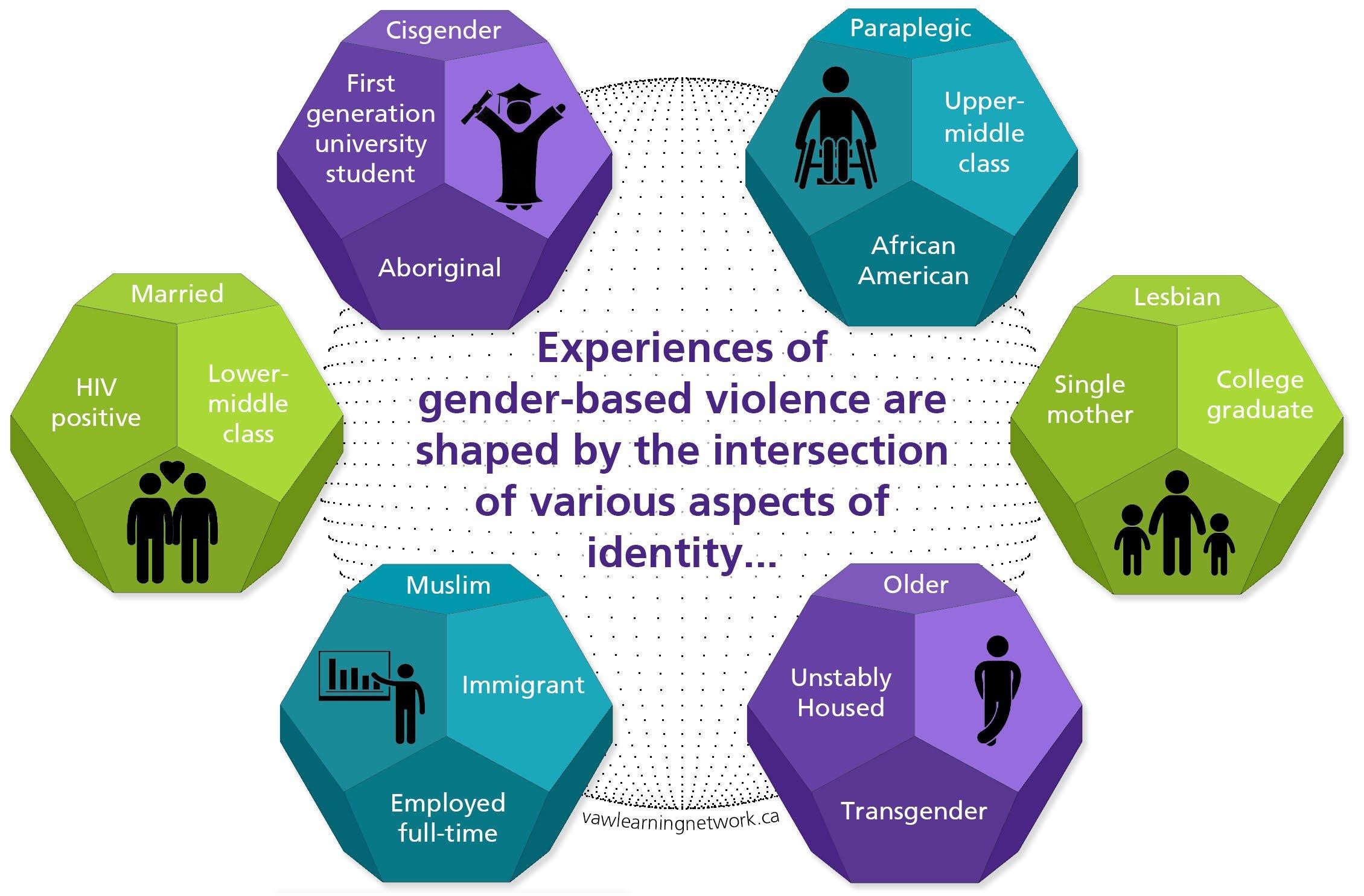 We can all be part of the solution - this year's campaign encourages both actions and prevention. Check out the rest of the site for ideas about ending gender-based violence in your community.